24 Nov The Toast of Hong Kong

We were thrilled to be invited to speak at TEDxHongKong’s recent forum “Edible Ideas”. Little Adventures’ team members Janice Leung Hayes and director/founder Daisann McLane dug deep into their idea box and came up with two terrific and very complimentary takes on the way that particular foods move in and out of different cultures and around the world. (Amazingly, Janice and Daisann didn’t coordinate their talks–we are just tuned into the same channel. That’s one of the things that makes our team such a fun and fascinating bunch of folks to work with!)

Janice’s talk followed the trail of the familiar Chinese egg roll around Asia and the world in all of its global manifestations–from the Australian fast food fave, the chiko roll, to the Philippine lumpia, the Vietnamese rice paper roll, and many others.

Daisann’s talk moved in the opposite direction: she looked at the way that Western industrial food like white bread, peanut butter and condensed milk became “Hong Kong-ized” by the cooks in local Hong Kong coffee shops (cha chaan teng) in the 1950s and 1960s. Tastes and texture were altered to appeal to the Cantonese palate, and the food became, for locals, a marker of cosmopolitanism.

Fast forward to today and these coffee shop dishes like peanut butter and condensed milk toast have turned into a flag of Hong Kong identity for many young people. Yes, toast can be a political statement

Want to hear more about what Daisann and Janice have to say about Hong Kong’s culinary culture? Pop us an email and arrange to explore Hong Kong with us in person. 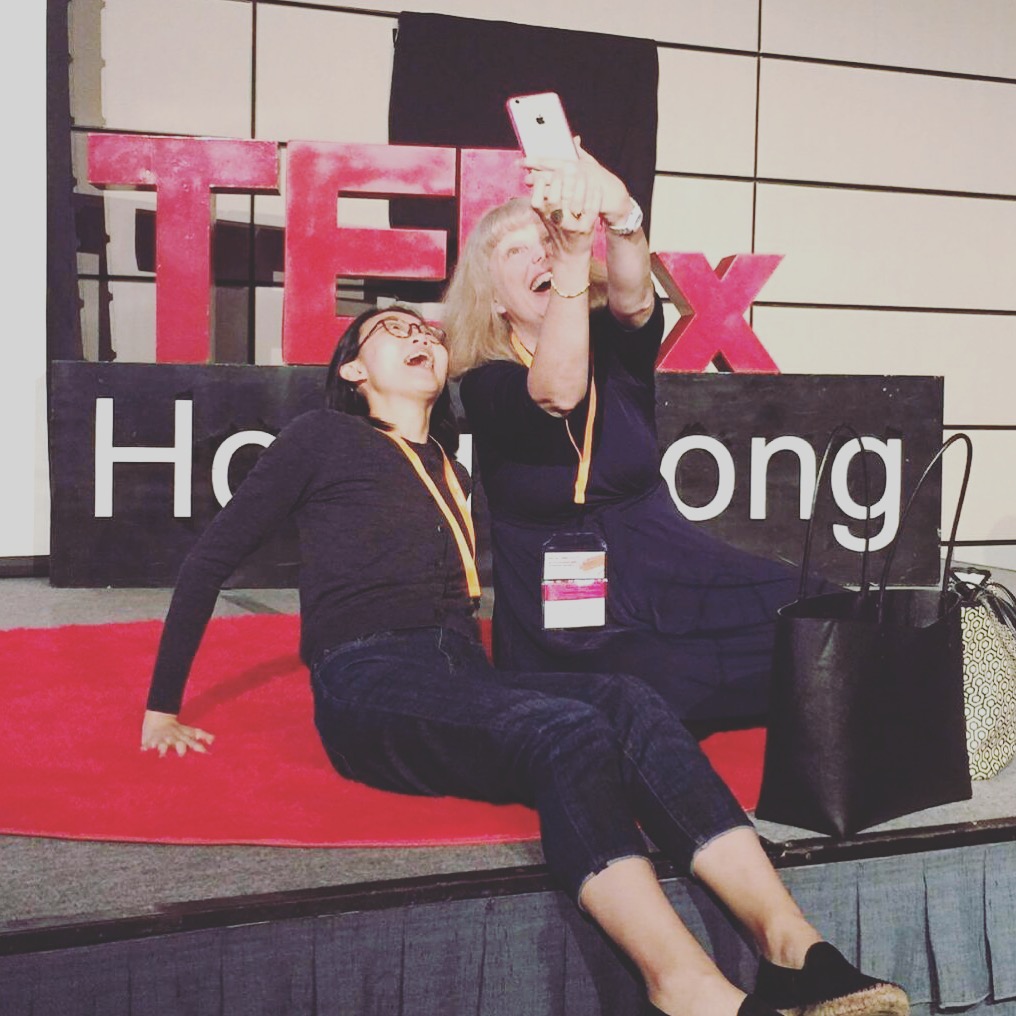