Jump start your Hong Kong experience by digging into a local neighborhood AND get an intimate, inside view of the city from the people who know it best–our expert team of journalists and professionals. Join us on a Private Hong Kong Mini-Tour of Wanchai

Its name means “Little Bay”, but it has a big helping of everything Hong Kong. Come and experience all the flavors of our city on a private tour of the neighborhood. And pick up local tips that will help you throughout the rest of your city stay.

Short and so Sweet!

In just 2 and a half hours you'll get a local's-eye view of Hong Kong--and one of the best pineapple buns in town!

Baffled by the local food? Come with us and we'll show you how to navigate a classic Hong Kong outdoor ``wet`` market

Start Your Day with LAHK

Rub elbows with the regulars. Have a delish breakfast at a Hong Kong diner with us. 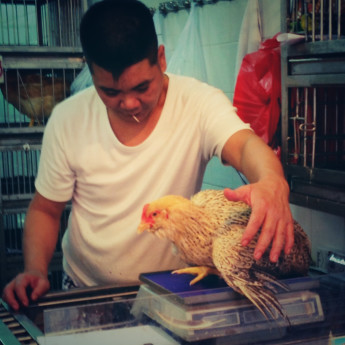 How fresh is “fresh” to a Hong Kong housewife? You’ll find out when we slow crawl through Wan Chai’s bustling, fascinating outdoor food market. 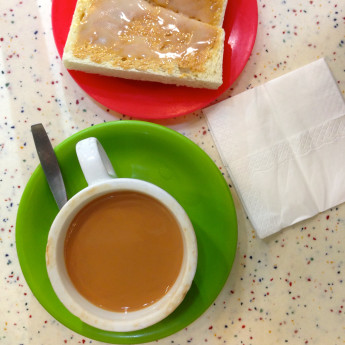 What’s a cha chaan teng? It’s how we do “brunch” in Hong Kong, and you’ll be eating in a 60 year old family run place, elbow to elbow with the locals. 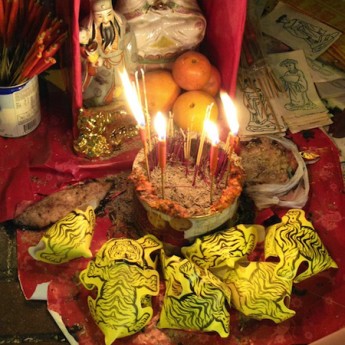 Where can you find old Chinese traditions in a city of skyscrapers? Everywhere! We’ll introduce you to Wan Chai’s rich cultural treasures and hidden temples.

When: Any Morning You Choose!

We start around 10 am and finish before lunch. It's a great time to catch the quieter side of a usually congested neighborhood.

We start right outside a convenient stop of Hong Kong's MTR. We'll send you a location map when you book.

Tea, coffee and brunch at an old school HK coffeeshop, and a surprise extra treat!

We tapped into our team's extensive knowledge (not the Internet!) to find the best old-school food spots. One was recommended to us by our team member's 85 year old granny!

Historic Wan Chai is Hong Kong’s most diverse and intriguing district, rich in history, Chinese traditions, terrific stories, and great food. There are few areas in Hong Kong that pack so much diversity into such a compact area, from chic bars and luxury towers to alleyways hiding Michelin star street food. It’s a great place to get the lay of the land in Hong Kong.

As one of the earliest areas of Hong Kong to be developed, its streets ring with echoes of the past. Your host will regale you with Wan Chai stories, old and new. Wan Chai is long known for harboring louche characters, businessmen of dubious ethics, sailors behaving badly (the British naval headquarters was right next door, and its old waterfront boasted dockyards and shipbuilders). In the 1960s, Wan Chai became known worldwide as the notorious bar and red light district immortalized in the William Holden film, “World of Suzie Wong”.

Wan Chai has been intensely developed in the last 20 years, as all Hong Kong has, but not uniformly, and so a turn of a corner leads you from a shiny new skyscraper to a block of 19th century flats, to big 1960s vintage buildings that housed businesses, small factories and residents. You can experience all the densely packed layers of  Hong Kong’s urban life here.

Guided by your expert host, a journalist or chef, you’ll also have access to our insider tips and suggestions for how to best enjoy Hong Kong after your walk is finished.

How long is THE MINI Private Walking Tour Wanchai?

THE MINI Private Walking Tour of Wanchai lasts around 2.5-3 hours.

Why should I book THE MINI PRIVATE WALKING TOUR WANCHAI?

Because it’s a great way to get to know the real grassroots Hong Kong by exploring a small and rich old neighborhood rather than ticking off attractions on a bucket list. It’s also a budget-friendly way to a private tour that will jump start and enrich your Hong Kong experience. Our MINI walks offer:

ADDED PLUS:  Hosts live in the Wan Chai neighborhood so you’re really going to get an insider perspective.

What will we be eating?

At the market we usually stop for an additional quick bite that may include samples of roasted meats from one of the best vendors in the neighborhood, or a family run bakery that does marvelous egg tarts and buns.

How about vegetarians, and people with other dietary restrictions?

Most of what we eat during THE MINI Wan Chai can be enjoyed by vegetarians who are able to eat milk products and eggs. We can adapt our order to suit our clients who do not eat pork and its products.

How much walking is there?

Approximately 1.5 kilometers. The terrain is completely flat, and we make a lot of stops and starts.

Can we bring children?

Children 12 and over are welcome on this walk.

What is the cost of THE MINI PRIVATE WALKING TOUR WANCHAI, and how do I book?

Price includes your host, a typical Hong Kong brunch and a taste at a bakery, tea stall or market stall

Where is Wan Chai and where do I meet you?

Wan Chai is in the center of Hong Kong island, well connected to everything by our fabulous transit system, the MTR. When you book we’ll send you information with our meeting point location and a map.