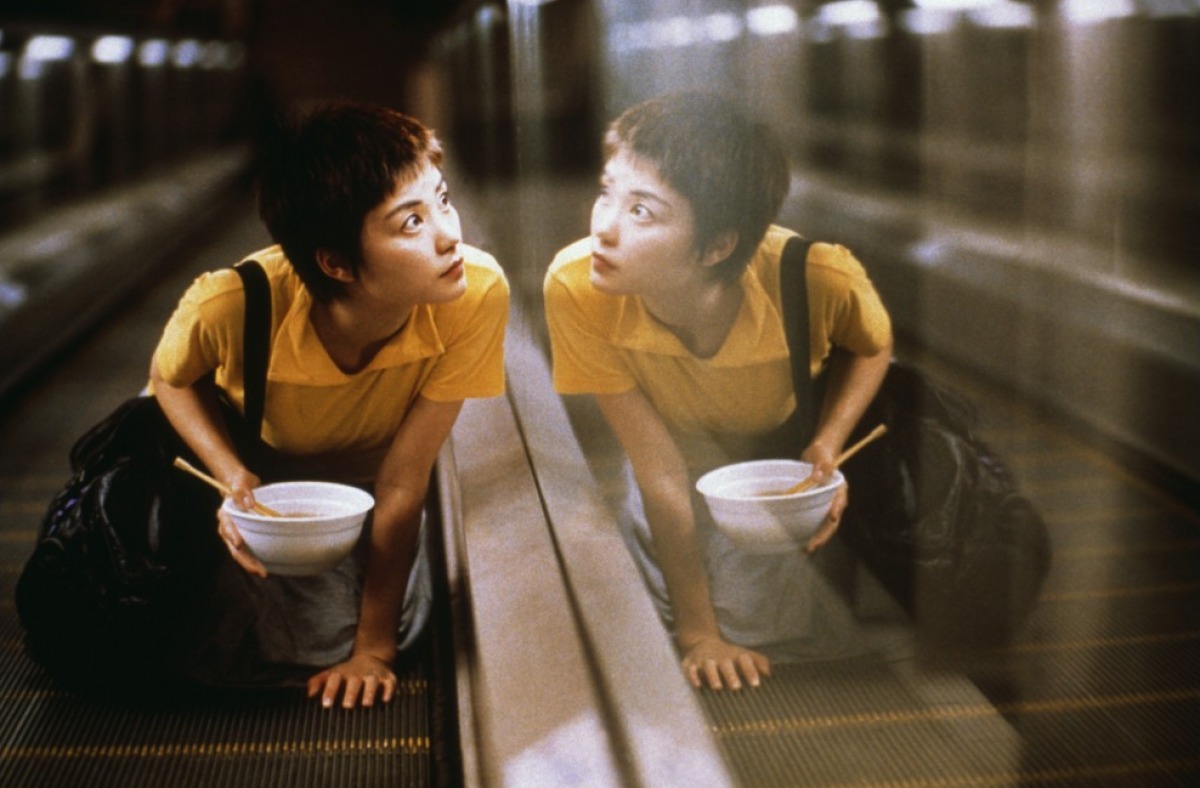 What’s the best way to get ready for a visit to Hong Kong (or remember a visit once you’ve returned home)? For our newest team host, Yvonne Teh, there can only be one answer to that question: Watch a Hong Kong movie!

Yvonne actually met our founding director, Daisann McLane, 12 years ago, because of their shared love for Hong Kong movies. Yvonne at the time was writing film reviews online, and on her terrific blog. Eventually Yvonne’s work took her to the South China Morning Post newspaper, where she became the film editor.

Movies are a window into any great city, but Hong Kong is especially linked to cinema. For decades, tiny Hong Kong was the third largest motion picture industry in the world.  The image of Hong Kong, projected globally, has drawn countless visitors here (some, like Daisann, ended up staying for good).

This week marks the beginning of the renowned Hong Kong International Film Festival.  It’s a great time to dip into the archives and get a taste of the city through the works of its talented actors like Bruce Lee, Leslie Cheung, Tony Leung and Andy Lau, and directors like Wong Kar-Wai, Johnnie To and Ann Hui.

With thousands of Hong Kong films to choose from, where to begin? Yvonne’s made it easy for you by selecting some of her favorites, old and new, for your viewing pleasure.

And if you’d like to get a closer look at some of the Hong Kong locations made famous by our films, from funky old tea-houses to back alleys,  get in touch with us–we’ll customize a movie walk just for you.

Hong Kong auteur Wong Kar Wai is infamous for seemingly taking forever to make a film.  But he shot this whimsical work about two lovelorn cops and two charismatic women whose lives they almost get entangled with in just three weeks, during a break in filming of Ashes of Time, his martial arts magnum opus.  You’ll want to visit Tsim Sha Tsui’s Chungking Mansions, and go on the Central-Mid-Levels escalator and walkway system after viewing this quirky, magical movie!

Directed, produced and scripted by, and starring Hong Kong’s king of comedy, Stephen Chow, this delectable movie about a celebrity chef inspired to create “pissing beef balls” will have you laughing and hungry in equal degrees. Chunks of the movie take place in Temple Street but its finale is set on the Jumbo Floating Restaurant in Aberdeen and has to be seen to be believed!

Released at the close of the last century, this evocative romantic drama is actually set decades before. Shanghai-born Wong Kar Wai revisits the world of Hong Kong’s exiled Shanghai community that he knew as a child. Peopled by women in tight-fitting, high-necked cheongsams and nattily-suited men, and drenched with the music of Nat King Cole as well as 1930s and 1940s Shanghainese songstresses, it will get you pining for a Hong Kong you never knew but now will want to get a taste of. 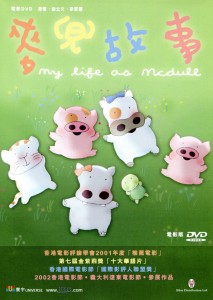 Before it closed for remodelling, Hong Kong’s Avenue of Stars saw the installation of a second statue after that of kung fu hero Bruce Lee.  The subject? A not very bright but good-hearted cartoon pig who has been the protagonist of six films to date; with the first and best thus far being My Life as Mcdull, an animated feature which will have you tearing up as well as laughing with and at the antics of its porcine anti-hero, its irrepressible mother, and the ins and outs of their distinctively working-class Hong Kong world.

This “slice of life” offering by Hong Kong’s directorial doyen, Ann Hui, revolves around the type of individuals — a middle-aged grocery store worker, her quiet teenage son and a lonely grandmother — who don’t often get spotlighted, in real as well as reel life. Watching them go about their low-key lives in the New Territories “New Town” decried as the City of Sadness, you will come to slowly but surely come to realize how beautifully infused with humanity as well as humility this multiple Hong Kong Film Awards-winning masterwork is. 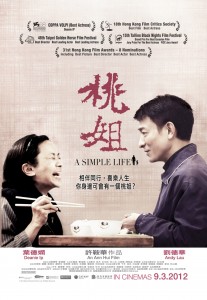 Especially on Sundays, when they have the day off and spend much of it outdoors, it’s impossible to not realize how the domestic helper is a fixture of many a Hong Kong household.  A bittersweet tribute to a domestic worker who devoted decades of her life to looking after others, the woman portrayed in the twilight of her years in this work by Venice Film Festival Best Actress winner Deanie Ip is based on the real life amah who worked for producer and co-scriptwriter Roger Lee’s family. Hong Kong superstar entertainer – and Ip’s real-life godson — Andy Lau co-stars as Roger.

This quietly intelligent drama’s two protagonists are a man newly returned to the city from where he had emigrated as a child and a Mainland Chinese woman newly arrived to work here. A visually interesting independent film rich with local references and flavour, it is a touching love letter to his home city by a life-long Hong Konger who believes that one doesn’t have to have been born, or have spent all of one’s life, here to come to appreciate or even fall for Hong Kong.

A highly controversial work envisioning what Hong Kong might be like circa 2025, this five-short-film omnibus with five fledgling directors at the helm imagines a dystopian future where Communist China’s oppressive grip on the Fragrant Harbour and its people has increased to nightmarish levels.  Despite – or perhaps in large because of – Beijing’s heated condemnation of it, this independent drama went on to be named as Best Film at the 2016 Hong Kong Film Awards.

With an English title that alludes to the Buddhist notion of “three poisons” (delusion, desire and fury) leading to suffering, you know that this ain’t your bog-standard crime drama. Expertly telling and linking together the stories of three notorious felons, it looks back at events that took place in 1990s and offers up a damning allegorical tale of Hong Kong’s position, particularly vis a vis China, post Handover by the British to the Communist Chinese even while serving up hope for the continued future of a Hong Kong cinema independent from that of the mainland’s.

And a few from Daisann…

April also marks the sad anniversary of the death of Leslie Cheung. Cheung was an extraordinary Hong Kong figure, more like a force of nature than the movie and pop star that he was. Cheng’s performances, indeed his very aura, pulled me towards Hong Kong before I’d even set foot in the city. He made films set in locations both in and out of Hong Kong, but my favorites were set here. Leslie Cheung’s screen presence seemed to illuminate Hong Kong from within. I longed to live in the celluloid Hong Kong of these films, and I still do. 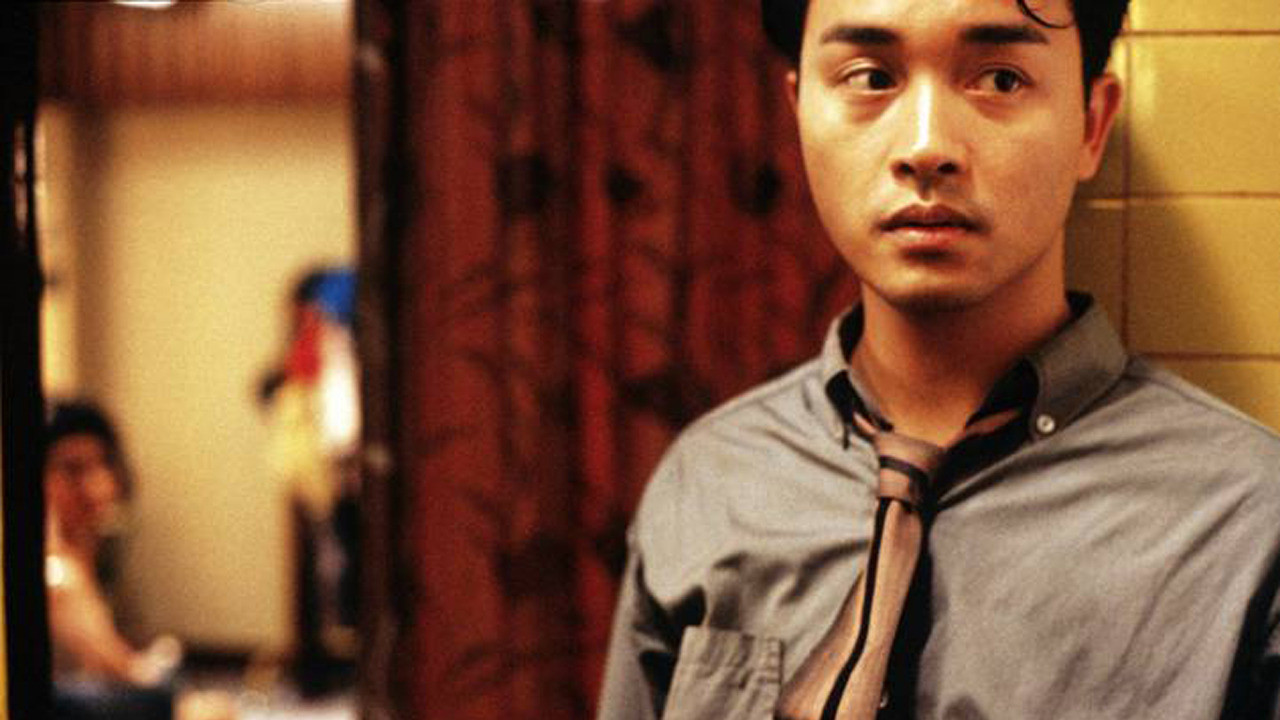 A Better Tomorrow (1986) This film is a window into Hong Kong’s “Golden Years” before the handover. Manufacturing had made the city rich, gleaming with skyscrapers. What goes hand in hand with lots of cash? Gangsters and the cops who chase them, natch! Director John Woo digs into the moral dilemma faced by a trio of players who must choose between loyalty and money, with deadly results. Chow creates the unforgettable swaggering character of the assassin”Mark”, and Leslie Cheung begins to show his chops as a serious actor, playing a young rookie cop whose brother (Waisee Lee) is a crook.

Want to visit the village where superstar Chow Yun-fat spent his boyhood? Contact us for a private “far flung” jaunt to one of Hong Kong’s outlying islands.

Days of Being Wild (1990) Wong Kar Wai’s first masterpiece, this movie takes you inside a dreamlike Hong Kong of the 1970s, and the romances and anxieties of a “Fei Jai” (Bad boy–Brando type) named Ruddy, played brilliantly by Leslie Cheung.

Rouge (1988) Directed by Stanley Kwan, Rouge is a film where the ghosts of Hong Kong past mingle and overlay with the events of Hong Kong present (much as they do today!). Anita Mui is the ghost of a dead courtesan who floats magnificently between this world and the ether of the past. She enlists two very alive journalists to help her find her lost lover (Cheung), a wealthy merchant’s son who was supposed to be her partner in a suicide pact (She died, he didn’t). Much of the action takes place in the Hong Kong area of Shek Tong Tsui, which once was an area of “Flower Houses” where courtesans entertained their rich clients by night. Let’s just say the neighborhood is quite different now!

He’s A Woman, She’s A Man (1994) Leslie Cheung was as adept at light comedy as he was at brooding drama. Case in point: this little gem by director Peter Chan, which is a love letter to Hong Kong’s Cantopop scene–as well as a serious commentary on sexuality and gender identity in Hong Kong. Leslie plays a music promoter who is burning out. In search of a new “star” to groom, he throws an open audition (filmed on the roof of Hong Kong’s Fringe Club)–for a male star. The delightful actress Anita Yuen wants to be a famous singer so much that she dresses as a guy, and wins the audition! Leslie slowly falls in love with him/her. Added bonus: the beautiful Cantopop song “Chase” is the film’s recurring theme.